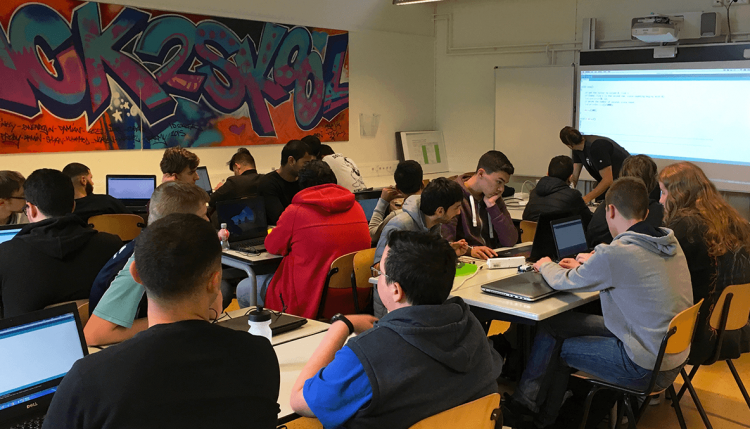 The IoT lab project students were in need of expertise about Arduino and Grove, to make their concepts come to life and their prototypes work. The first workshop was held in April.

The second arduino/Grove workshop was held on the 8th of May 2017. During this workshop we focussed on the actual coding of Arduino and why this is helpful for the students in the (near) future dealing with smart cities and IoT technology.

Thus the goal of this workshop was to get the students get comfortable with writing their own code and combining different sensors together. Since they already knew about the ‘examples’ (examples of codes for different sensors) that they used during the first workshop, this was a good iteration.

During the workshop David showed how to use code and implement different examples while the students wrote the code on their own arduino program on their laptop. At the end of the workshop the students got a better understanding of Arduino code and combined two or three sensors together.